NPR: The Insurrectionists and Their Current Statuses - Jon Ryan Schaffer has turned and is now going to rat out his insurrectionist buddies. Should be interesting and fun to watch.

McSweeney: Lest We Forget the Horrors: A Catalog of Trump's Worst Cruelties, Collusions, Corruptions and Crimes

Guardian: Republicans Are Trying To Rewrite The History of the Capital Attack. Don't Let Them -

"Do you remember how, just a few short months ago, supporters of Donald Trump staged a violent insurrection? How they stormed the Capitol in an attempt to overturn the results of last November’s presidential election, looting and vandalizing the seat of American democracy? The fact that they carried firearms, explosives and handcuffs, some wanting to kill Vice-President Mike Pence, and others to run the House speaker, Nancy Pelosi, over with a car? And how the whole thing was incited by the former president, Donald Trump, who told the mob beforehand to “fight like hell”?"

Inciting a mob to cause an insurrection is the textbook definition of Sedition, and it is punishable by death.

New Yorker: The Wasting of the Evangelical Mind -

"Cultivating the life of the mind, however, has been an important current throughout much of Christianity’s history, a recognition that intellectual pursuits can glorify God.

During the Middle Ages, monasteries became centers of learning and gave rise to the first European universities.

The writings of Thomas Aquinas, which blended Aristotelian philosophy and Christian theology, set out a framework for reconciling scientific knowledge with scriptural truths.

Martin Luther, who led the Protestant Reformation, was an early advocate of universal education and argued that educating needy youth was vital “in order that a city might enjoy temporal peace and prosperity.”

The Puritan minister Jonathan Edwards grappled with metaphysics and epistemology in his writings and sermons.

The English Puritans who settled throughout New England had a deep scholarly tradition, which led to the founding of Harvard, Yale, and Dartmouth. Puritan clergy were expected to be paragons of both learning and piety.

In the twentieth century, C. S. Lewis and Reinhold Niebuhr enjoyed popular acclaim as Christian public intellectuals. T. S. Eliot and W. H. Auden are among the writers whose theologically orthodox Christianity served as a focal point of their art.

American Christianity took a decisive shift, however, toward religious “enthusiasm” during revivals that swept the colonies in the mid-eighteenth century, a period that came to be known as the First Great Awakening. Believers’ direct connection to God became the primary focus. Ministers who believed in the importance of learning and rationality in religion found themselves increasingly under threat.

The style of the most popular and influential pastors tend to correlate with shallowness: charisma trumps expertise; scientific authority is often viewed with suspicion. So it is of little surprise that American evangelicals have become vulnerable to demagoguery and misinformation.

a “resentment and suspicion of the life of the mind and of those who are considered to represent it.”

The church found itself increasingly at odds with advances in science

ProPublica: Donald Trump Built a National Debt So Big (Even Before the Pandemic) That It Will Weigh Down the Economy for Years - $8Trillion increase in the national debt during his administration, mostly from his tax cut for the rich.

New Yorker: American Christianity’s White-Supremacy Problem - In a 2019 nationwide survey, eighty-six per cent of white evangelical Protestants and seventy per cent of both white mainline Protestants and white Catholics said that the “Confederate flag is more a symbol of Southern pride than of racism”;

nearly two-thirds of white Christians over all said that killings of African-American men by the police are isolated incidents rather than part of a broader pattern of mistreatment;

and more than six in ten white Christians disagreed with the statement that “generations of slavery and discrimination have created conditions that make it difficult for blacks to work their way out of the lower class.”

“the more racist attitudes a person holds, the more likely he or she is to identify as a white Christian.” The correlation is just as pronounced among white evangelical Protestants as it is among white mainline Protestants and white Catholics—and stands in stark contrast to the attitudes of religiously unaffiliated whites."

61% of white Catholics voted for Trump.

Mark Galli: "“Consider what an unbelieving world will say if you continue to brush off Mr. Trump’s immoral words and behavior in the cause of political expediency,” he wrote. “If we don’t reverse course now, will anyone take anything we say about justice and righteousness with any seriousness for decades to come?”

Democracy-NOW: Jeremy Scahill: Obama Paved Way for Haspel to Head the CIA by Failing to Hold Torturers Accountable - By now it’s clear that both Bush and Obama approved torture, and rendition, with a lot of help from  John Brennan and Here, Here Here and James Comey. Then Obama made sure the Senate torture report got delayed and then got ‘lost’ so no one would ever be held accountable, and Here. As this article points out Gina Haspel was the operative that actually did the deleting. Then Obama signed the 2014 NDAA which allows the president to indefinitely detain anyone in the world for any reason, or no reason. The only person ever convicted of any torture related item was the guy who revealed it. Rethuglicans and Democraps are equally to blame. Combine this with universal surveillance, and Here, Here, Here, Here, Here, and Here, and you’ve got yourself a nice tight little corporate police state.

WashPo: Who Are the Antifa? and Democracy-NOW - In 1919 when Hitler attended his first meeting of the German Workers Party, it had only 54 members. Interesting to think what might have (not) happened if antifa had shown up and wiped them all out on the spot. But he transformed it into the National Socialist German Workers (Nazi) Party.

The Weimar democracy under Hindenburg was unable to stabilize the country which by 1930 had over 30% unemployment. In the elections of that year, the Nazis gained 18% of the vote, making it the second largest party in Germany. During the Nazi Brown Shirts (the SA Nazi ‘storm troopers’) sometimes violent demonstrations, the police often stood down and let riots ensue. Two years later Hitler won 37% of the vote and effectively took over parliamentary control of the government, annexing the Sudetenland in 1938 and invading Poland in 1939, which precipitated the Second World War.

Truthdig: Don’t Fall For It: The Nader Myth and Your 2016 Vote - Hopefully, we can lay this old canard in its rightful place: a complete fable. 90,000 Florida voters of all persuasions (not just Democrats) voted for Nader in 2000. Over 300,000 registered Democrats voted for Bush. 191,000 self-described liberals voted for Bush. A final count of all the votes showed that Gore actually won Florida. The Supreme Court stopped the recount and appointed George Bush. Nothing that happened in the voting booths had anything to do with it. If Gore had won his home state, Florida would not have mattered. More details in the article. 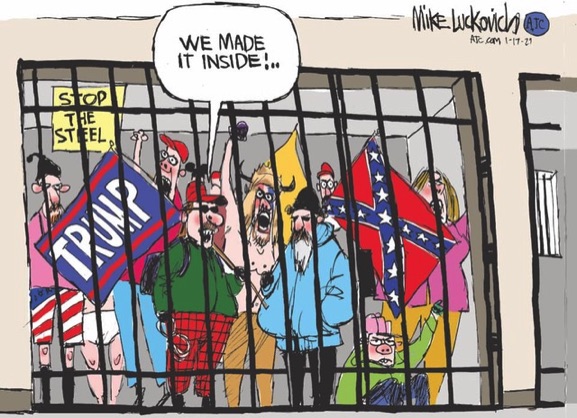